Listening to preachers, pastors, and priests today, one wonders if they could answer the question, “What must I do to be saved?” in a manner similar to the apostles.

In the very first sermon recorded, Peter convicted the Jews of participating in the death of the Messiah. “Now when they heard this, they were cut to the heart, and said to Peter and the rest of the apostles, “Men and brethren, what shall we do?” (Acts 2:37). How would the religious leaders you know answer this simple, but vital question? I suspect the answer would not be like Peter’s. “Repent, and let every one of you be baptized in the name of Jesus Christ for the remission of sins; and you shall receive the gift of the Holy Spirit” (Acts 2:38).

How did the people respond? “Then those who gladly received his word were baptized; and that day about three thousand souls were added to them” (Acts 2:41). And the result? “And the Lord added to the church daily those who were being saved” (Acts 2:47).

But what are people told today? “Salvation is by faith alone!” If that were true, why did Peter give a different answer which resulted in people being saved?

Consider another time when two Christians were locked up in a jail. The Lord released them by means of an earthquake and the jailer feared he would be blamed. He almost committed suicide, but Paul and Silas stopped him, noting that no one had left the jail. Here were unusual men and the jailer asked of them that vital question: “And he brought them out and said, “Sirs, what must I do to be saved?”” (Acts 16:30). This man was at a different point than those in Acts 2. “So then faith comes by hearing, and hearing by the word of God” (Romans 10:17). The jailer had yet to hear the gospel message. Thus the answer to his question: “So they said, “Believe on the Lord Jesus Christ, and you will be saved, you and your household”” (Acts 16:31). Were Paul and Silas saying that faith alone would save him? Well, no, because the man and his household had nothing at this point to believe in. “Then they spoke the word of the Lord to him and to all who were in his house” (Acts 16:32).

So now they were saved? You might be given that impression if you stopped reading at verse 32, but continue to verse 33. “And he took them the same hour of the night and washed their stripes. And immediately he and all his family were baptized” (Acts 16:33). Like the people in Acts 2, hearing the gospel resulted in a response. A response that people don’t mention much these days.

An early Gospel preacher met a man traveling down a road. The man was reading from the Bible. “So Philip ran to him, and heard him reading the prophet Isaiah, and said, “Do you understand what you are reading?” And he said, “How can I, unless someone guides me?” And he asked Philip to come up and sit with him” (Acts 8:30-31). Starting with the passage the man was reading, Philip taught the man about Jesus (Acts 8:35). Much more than just Jesus’ life was discussed. “Now as they went down the road, they came to some water. And the eunuch said, “See, here is water. What hinders me from being baptized?” Then Philip said, “If you believe with all your heart, you may.” And he answered and said, “I believe that Jesus Christ is the Son of God.” So he commanded the chariot to stand still. And both Philip and the eunuch went down into the water, and he baptized him” (Acts 8:36-38).

There is a consistent message found in the Bible. People heard the Gospel message, believed what they heard, and responded to that message with a desire to be baptized. Is that what your preacher, pastor or priest teaches?

They have been told so many times that salvation is not of works a person does. Perhaps you have been told, “Salvation is by grace alone!” that there is nothing you can do. But in the very question of “What must I do to be saved?” is an understanding that there are things I must do in order to gain salvation. When people asked this question in the Bible, they weren’t told that there was nothing to be done.

Imagine that you are facing a closed door. You are told that a million rands is on the other side. All you have to do is walk in and claim it.

Now where did that money come from? Someone obviously must have put it there. Your opening of the door doesn’t put it there; it was there already. Your opening of the door doesn’t earn the money. You’ve opened hundreds of doors and have gotten nothing for it. Yet, if you don’t open the door and walk in, you won’t gain the money that is there. If you don’t really believe the money is there, then you won’t bother to open the door. But if you say you believe the money is there, but don’t open the door, can you truly claim that you believe?

Salvation is much the same. Salvation is a gift from God (Romans 6:23). The reason it is offered is because Jesus paid the price of sin on our behalf (Romans 5:15-18). That gift is freely offered to every person who lives. But the offer doesn’t mean everyone will receive the gift. God expects us to do something about the offer. “For we are His workmanship, created in Christ Jesus for good works, which God prepared beforehand that we should walk in them” (Ephesians 2:10).

Being obedient to God doesn’t earn the salvation God is offering (Ephesians 2:1-9). We could never do enough to earn such a great gift. But that fact doesn’t relieve us of the need to obey God. “So likewise you, when you have done all those things which you are commanded, say, ‘We are unprofitable servants. We have done what was our duty to do” (Luke 17:10).

The truth of the matter is that the effort God requires of us proves our claim that we believe God. “Thus also faith by itself, if it does not have works, is dead. But someone will say, “You have faith, and I have works.” Show me your faith without your works, and I will show you my faith by my works” (James 2:17-18).

Salvation is a personal issue. No one can make you be saved or lost. It is a choice that you alone must make. “The soul who sins shall die. The son shall not bear the guilt of the father, nor the father bear the guilt of the son. The righteousness of the righteous shall be upon himself, and the wickedness of the wicked shall be upon himself” (Ezekiel 18:20). You won’t be saved because your parents were good Christians. You won’t be saved if you’ve raised good children. Your salvation depends on who you are. “Work out your own salvation with fear and trembling” (Philippians 2:12).

God offers the gift of salvation freely to everyone (II Corinthians 5:14-15), but He does not force anyone to accept the gift. When people ask, “What must I do to be saved?” they realize that God is waiting for them to do something to accept His offer. God doesn’t want any to perish (II Peter 3:9), but not everyone wants to be saved.

God offers salvation freely to all men (Romans 5:18), but God placed requirements which must be met. “For this is the love of God, that we keep His commandments. And His commandments are not burdensome” (I John 5:3). The existence of those requirements doesn’t make the gift any less free. Nor does the free gift mean there isn’t anything necessary for me to do in order to be saved.

Despite all of God’s effort on our part, Paul noted, “But they have not all obeyed the gospel” (Romans 10:16). The failure to be saved is varied but it all comes down to the fact that each lost person failed to so what God required of him to be saved. “To those who are self-seeking and do not obey the truth, but obey unrighteousness–indignation and wrath, tribulation and anguish, on every soul of man who does evil” (Romans 2:8-9). There are things God says you must do in order to be saved by Him without cost to yourself.

Saved from what? When people ask, “What must I do to be saved?” they admit they need rescuing, but just what is it we are being saved from?

The problem is sin. Everyone of us has sinned (Romans 3:9-23). It isn’t because we started out sinful. It is because we choose to seek out sin. “Truly, this only I have found: that God made man upright, but they have sought out many schemes” (Ecclesiastes 7:29). It isn’t because sin is inherited, but because every one of us succumbs to sin. “Thus death spread to all men, because all sinned” (Romans 5:12).

Sin is breaking God’s law (I John 3:4), it is action on our part, and it carries the penalty of death (Romans 6:23). The reason you cannot save yourself is because you have already sold yourself into sin. The reason no one else can save you from your sins is because they are sold into sin as well. That is why it took the Son of God to come into this world, live a sinless life, and die on your behalf in order to pay off your debt (I Peter 1:17-25).

Isn’t it past time to accept the answer to your question? “And now why are you waiting? Arise and be baptized, and wash away your sins, calling on the name of the Lord” (Acts 22:16). 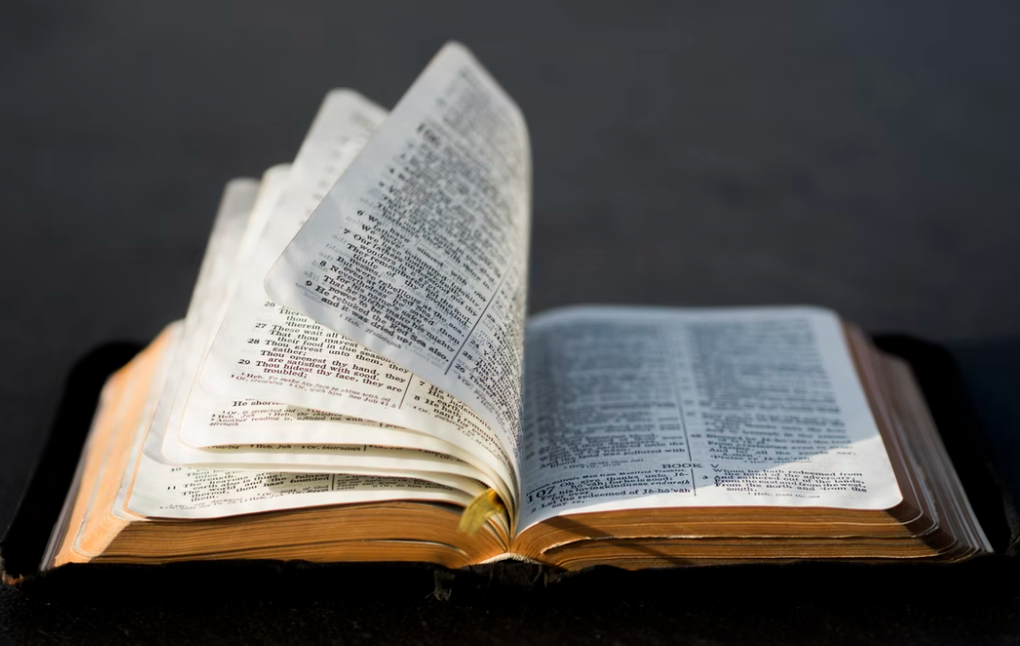 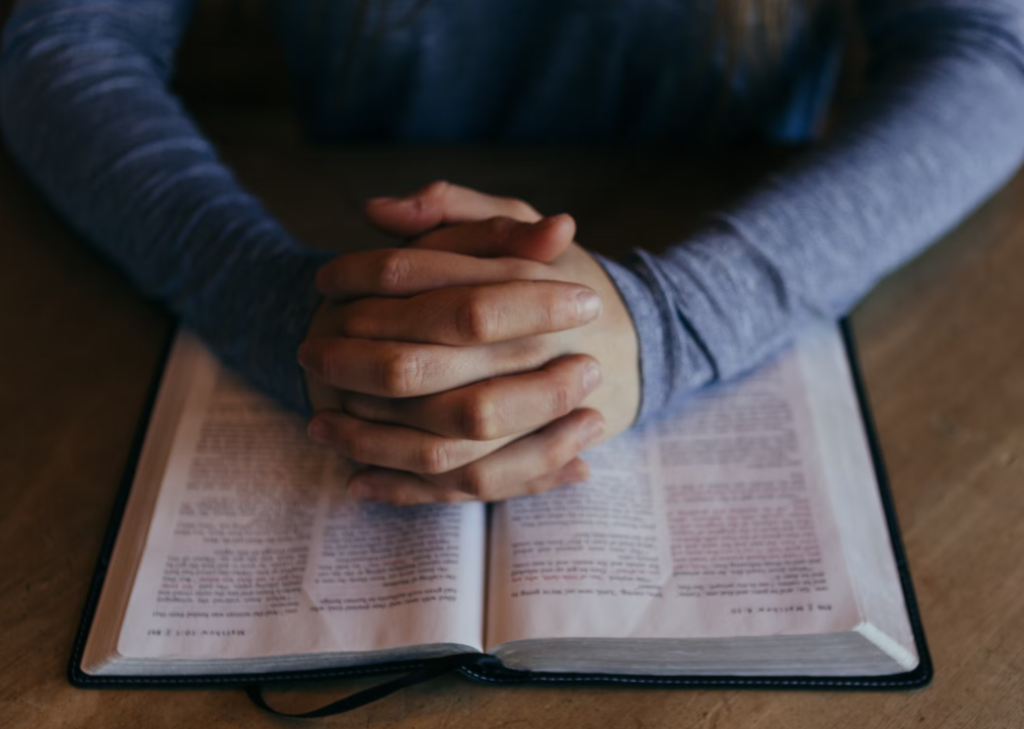 1 thought on “What must I do to be saved”

We use cookies on our website to give you the most relevant experience by remembering your preferences and repeat visits. By clicking “Accept All”, you consent to the use of ALL the cookies. However, you may visit "Cookie Settings" to provide a controlled consent.
Cookie SettingsAccept All
Manage consent

This website uses cookies to improve your experience while you navigate through the website. Out of these, the cookies that are categorized as necessary are stored on your browser as they are essential for the working of basic functionalities of the website. We also use third-party cookies that help us analyze and understand how you use this website. These cookies will be stored in your browser only with your consent. You also have the option to opt-out of these cookies. But opting out of some of these cookies may affect your browsing experience.
Necessary Always Enabled
Necessary cookies are absolutely essential for the website to function properly. These cookies ensure basic functionalities and security features of the website, anonymously.
Functional
Functional cookies help to perform certain functionalities like sharing the content of the website on social media platforms, collect feedbacks, and other third-party features.
Performance
Performance cookies are used to understand and analyze the key performance indexes of the website which helps in delivering a better user experience for the visitors.
Analytics
Analytical cookies are used to understand how visitors interact with the website. These cookies help provide information on metrics the number of visitors, bounce rate, traffic source, etc.
Advertisement
Advertisement cookies are used to provide visitors with relevant ads and marketing campaigns. These cookies track visitors across websites and collect information to provide customized ads.
Others
Other uncategorized cookies are those that are being analyzed and have not been classified into a category as yet.
SAVE & ACCEPT